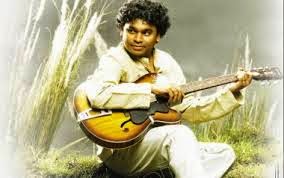 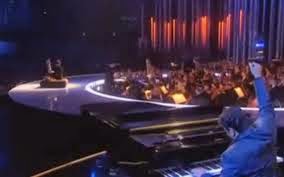 A R Rahman   performed  at   Norway  in  the  Nobel Peace Prize Concert honoring year 2010's winner Liu Xiaobo, alongside the likes of veterans like Herbie Hancock on 11-12-2010. 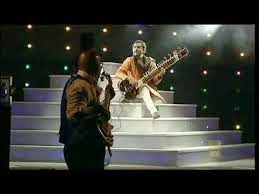 ARR  played  two tracks  from the  soundtrack that  gave him worldwide recognition,  Slumdog Millionaire.  First was  Escape,  the one which had featured  some  amazing  sitar  playing by  Asad Khan, Rahman conjured up a  much more  haunting improvised version of the track!  The second one was Jai Ho,  Rahman singing the song alongside Shweta Pandit and Tanvi Shah to a dance performance.

DISCLAIMER:
The video clips are posted for viewing pleasure and an information for the viewers. By this, I don't wish to violate any copyright owned by the respective owners of this video.

I don't own any copyright of this video. If this video is in violation of the copyright you own then, please let me know (E-Mail: arputharaju.k@gmail.com), I will remove it from my Blog.
Posted by arputharaju.blogspot.com at 05:00